For 37 years the Annual Polar Bear has seen the gathering of surfers from wide and far to the winterless north and the Tutukaka Coast’s Sandy Bay.

But this isn’t a story about a surf comp, this is a story about the coming together and bonding of a small local community to create an event where friendships can be forged, laughs and good times can be had, battles can be played out and where the next generation is given an arena to grow their confidence, esteem and ability in the ocean under the guidance of those wise ones that have come before.

The Polar Bear was the brainchild of Mal Egginton and good mate Garry Orevich back in 1981, at the time the NZ pro-Am Circuit was in full swing, with big prize money and well-attended events, yet there were no events during the winter period, so under the North Coast Boardriders umbrella the guys decided to throw a mid-winter comp, which given that Northland was a lot warmer location  the event drew surfers from all over the country focussed on having a good time together and a weekend of fun.

Being an East Coast location winter isn’t the most consistent time for surf and the surf that normally turns up is driven by winter storms, meaning this event has lived up to its name many times over the years with driving rain, hail and howling onshore surf.

But this year we rolled into the Tutukaka Coast under blue skies, and a building groundswell groomed by offshore winds. It was supposed to be August but we had to dig out a pair of shorts and a t-shirt from the depths of the travel bags, which hadn’t been utilised for months. Someone forgot to tell the Polar Bear his icebergs had melted and he’d been replaced by a Brown Bear sunning himself on a rock in Yellowstone National Park or more descriptively down the north end of Sandy’s.

The weekend was an epic! Epic waves, hell laughs, banter and camaraderie. All in good spirit and surfing was the winner on the day. 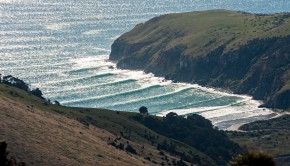