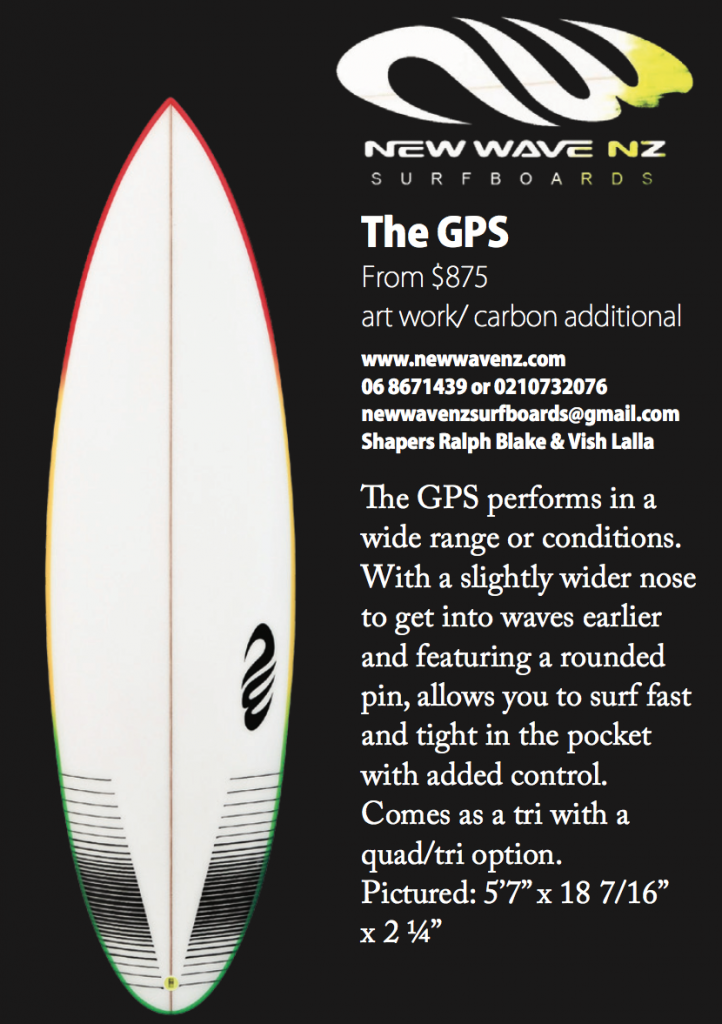 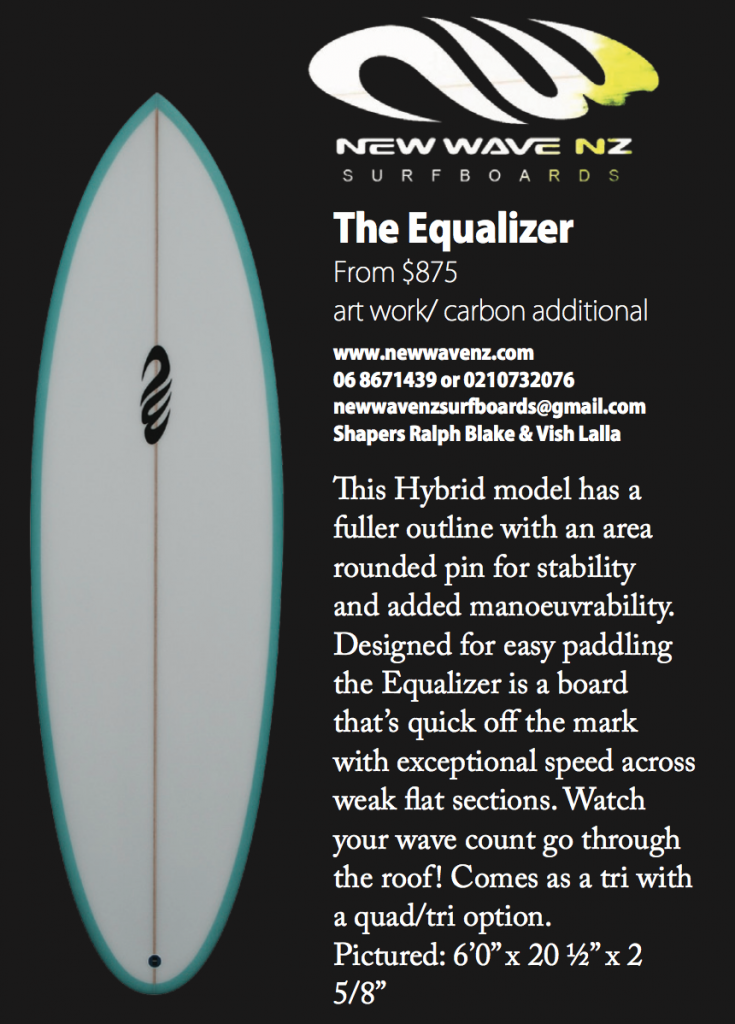 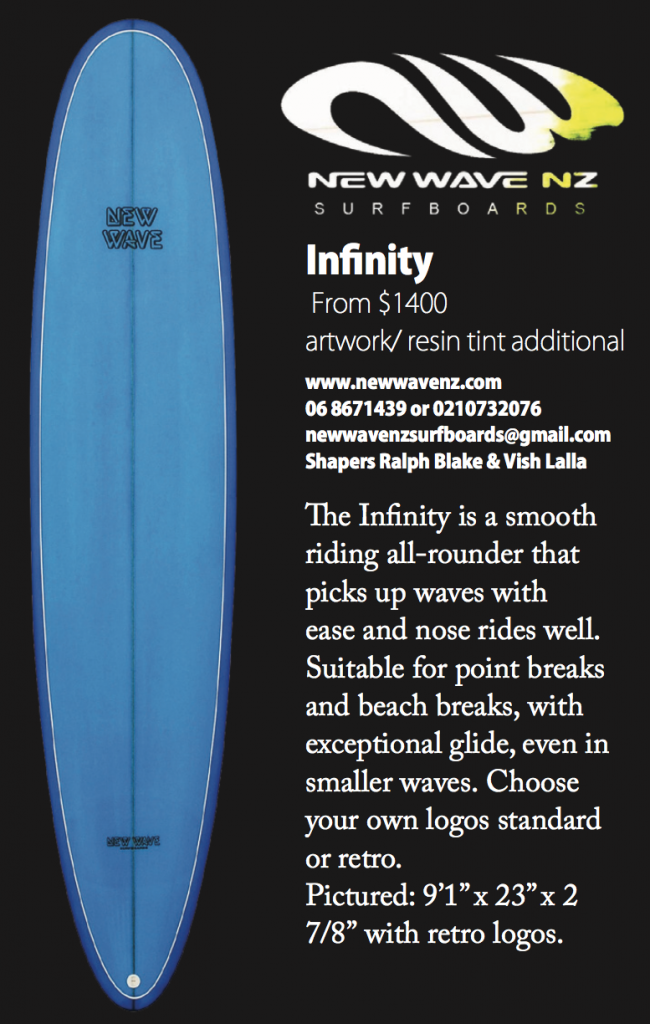 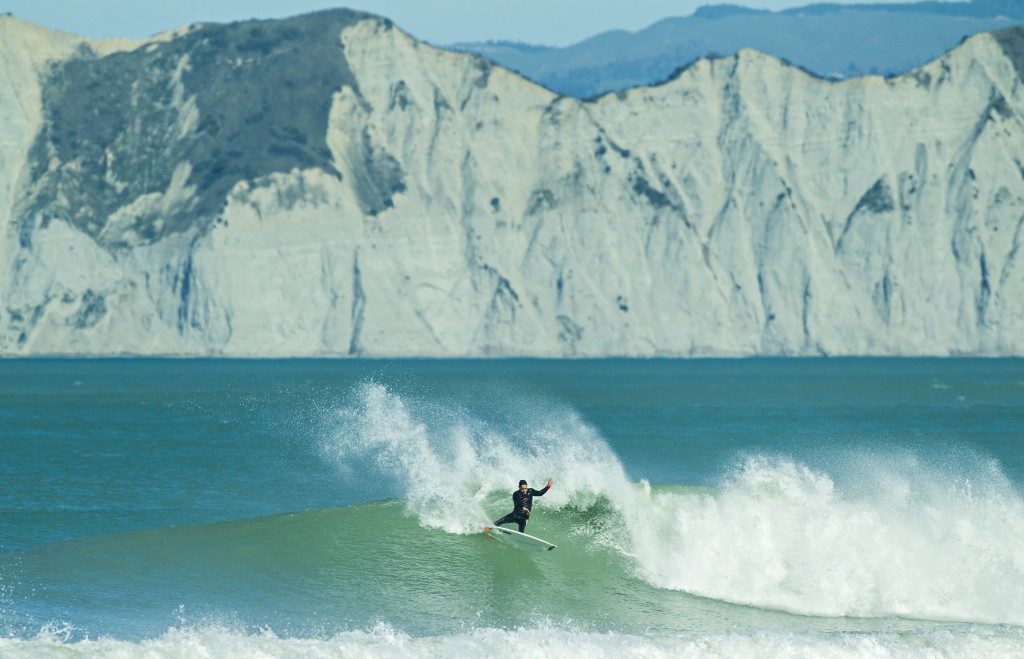 “New Wave Surfboards have been designed and handcrafted in Gisborne under the watchful eye and creative genius of Ralph Blake. Ralph’s attention to detail and keen eye on functionality with the least amount of resistance is his absolute strength. His designs are responsive and always feel very balanced underfoot. The understanding Ralph has of the dynamics of water displacement is amazing and this reflects in his boards.

The way his boards retain speed in and out of turns and their balance through pivot points makes the board respond to the most sensitive of movements and weight adjustments, they are stable and steady when needed in steeper sections too. A fine line but through his disciplined approach, Ralph has managed to refine these nuances and make seemingly paradoxical aspects of design work…He is a Guru! and I am lucky.” – James Fowell- Former NZ Circuit Champion. 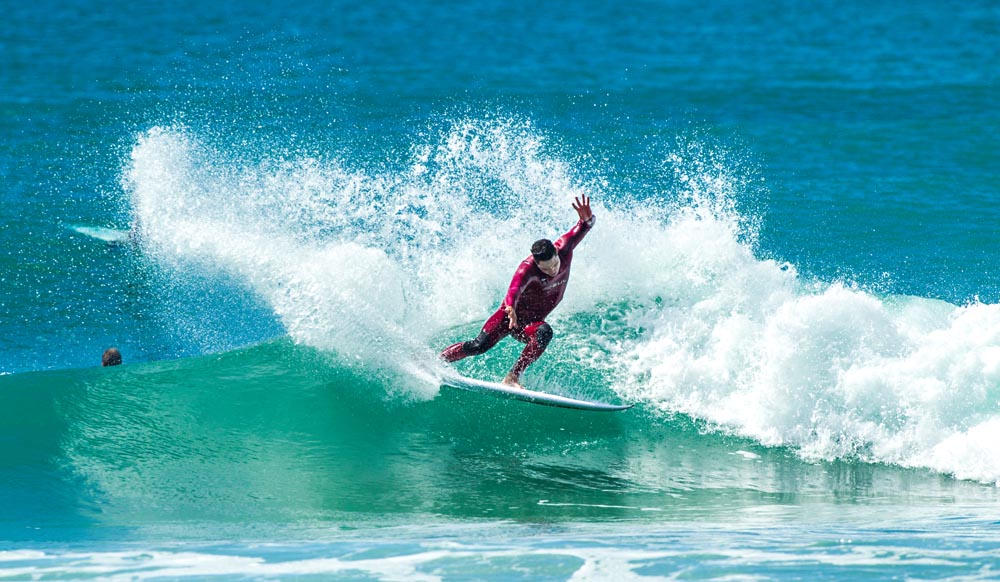 To be able to watch first-hand the changes in surfboard design develop over the years has always been a real interest of mine. With the New Wave Surfboard factory on my back doorstep and a huge part of my life, I have been fortunate.

In my time as a competitive surfer, a very important relationship I had was always with my shaper Ralph Blake. His understanding of surfboards and how they moved and reacted in the water was instrumental in my personal development and it was what made me and our team, which included a large number of New Zealand’s best at the time, so successful. He made us accountable for our performances and the decisions we made with our design choices which in turn forced us to understand more about what we were riding. Surfboards are a tool and the most important when riding waves so having knowledge of what works is a key advantage

I can only speak from my own journey with surfboard design as I know each individual has their own story which is a cool thing about our sport, it’s all so individualised and specific to different needs, levels, and experience.

In the 80′s performance boards were often thick, long, flat and covered in sponsors stickers which was the starting point for me. I got my first sponsorship at age 13 and it happened to be New Wave Surfboards which was awesome this meant I could get a mean as board with MY name on it, not someone else’s. My first board was beautiful! it was thick as long as and flat as and it had a sick as Martin Potter “drip” spray. This shape and design was my go-to throughout that period until Slater (who influenced everyone) in the early 90′s went super thin and started riding boards that were 17″ wide wow! This was very unforgiving and the boards had to be surfed mistake free to avoid catching edges. Also at this time, Shane Herring came out with an interesting “kicktail” board in the mid 90′s which he ripped on which was super curvy and worked well in punchy steep beachies. This board made riding in a tight curve on a wave possible… This was the one and only time I deviated from what Slater was riding, I had to try this. Also at this time, New Wave was going through an experimental phase. Maz had come of age and winning everything in sight and travelling lots, he was having great success on this “fish” model board designed by Ralph that was shorter and wider than normal and seemed to carry well through flat sections on waves and generate speed effortlessly, this was a must have in the quiver.

The late 90′s surfboard design settled and most of us were back riding regular shaped boards with concaves and “V” or double “V”. The curve in boards had remained but a little less pronounced the reason being that these were very specialised boards and worked in specific conditions but not ALL conditions and it also made transitioning onto your “normal” board to time-consuming and as a competitive surfer this wasn’t a luxury I had often as at an event where conditions changed quickly I would have to change my board choice a couple times in one day.

Feedback to Ralph on how our boards were going was an expectation and I was always mindful to use the right words and to be honest. Ralph would come down to an event and watch without anyone knowing then see us and ask how our boards went. A lesson in humility would soon pursue as our over-inflated egos would lead to a stern reminder that we were just grommets and knew #@!?all about surfboards and that we needed to learn to surf better…This was great and we were kept grounded.

From that period on Kelly Slater’s influence was evident and his surfing spoke volumes and a tribute to the fact that he spent huge amounts of time learning about the art of surfing and finding new lines on waves and along the way developing his equipment to suit. He is the single most revered surfer in the world and the most influential. He has arrived at a point now where he’s not only having an effect on board design but also on the construction and use of sustainable, eco-friendly materials.

These days a simple phone call and a model name is given and a month later your new surfboard arrives in the mail? I am a firm believer in spending time speaking to your surfboard shaper so a relationship develops and a deeper understanding of what works is gained. Don’t get me wrong I think having different surfboard models makes buying a board easier but by speaking to a shaper adds that personal touch that makes the board go that much better for you.

New Wave Surfboards has always been a constant in my life and I am grateful for their continued support of not only me but our local community. To Rach and Vish congratulations for the hard work you have put in to keep what is an integral part of Gisborne surfing alive. New Wave is not just a surfboard factory but an institution where great boards are made, where friendships are developed, where boys became men and where dreams are realised. Keep up the amazing work. #Blessed” 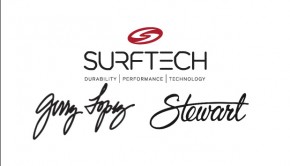 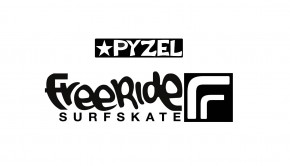