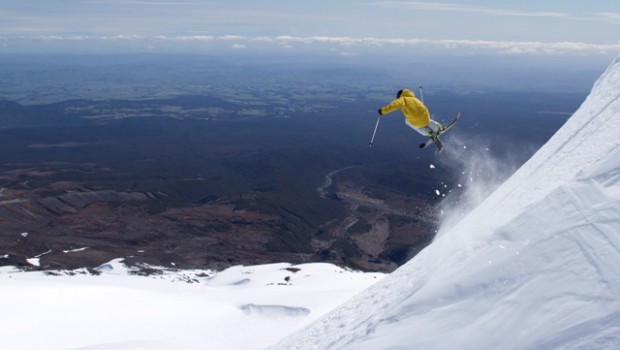 Whakapapa’s Happy Valley Snow Park will be blanketed in pristine white snow a month earlier than usual this year after a big investment in snowmaking, bringing jobs and economic growth earlier than ever.

“This is the first and only machine of its kind in New Zealand.  At $1.7m, it didn’t come cheap but being able to produce 210m3 of snow daily, in temperatures up to 25°C, is an absolute game-changer” says Ruapehu Alpine Lifts (RAL) CEO Ross Copland.

The extended season is just one of the big changes afoot over the upcoming ski season at Mt Ruapehu.

For the past few decades’ access down the 20m cliff into Happy Valley has been via a small double chairlift.  Now, the chairlift is being removed to make way for twin 26-person, high speed Schindler Elevators which will provide double the capacity of the current lift.

“These will be the most advanced carpet lifts in New Zealand with an operator station networking all 4 lifts together using CCTV cameras and centralised remote control.  This will provide guests with the ultimate in safety and comfort reinforcing Happy Valley’s well-deserved reputation as New Zealand’s preferred destination to learn to ski and snowboard” says Copland.

Kids of all ages will be excited to try out the new Snow Park in Happy Valley.  The park features its very own covered surface lift and an assortment of toboggans and snow-toys to ensure massive smiles for the whole family.

Turoa and Whakapapa riders don’t miss out either. The introduction of 24 massive TF10 snow gun’s will almost double the snowmaking capacity at Whakapapa while Turoa trails will be bolstered with 7 additional snow guns.

The big snowmaking investment opens up early season skiing in Tennant’s Valley, Rockgarden and Turtle Run – enabling the creation of a new network of “green” trails to allow people of all abilities to ski together.  This is further enhanced by the addition of a new Doppelmayr Quad chairlift replacing the aged Waterfall T-Bar on the upper mountain at Whakapapa.

As any snow lover will know, Ruapehu is a popular place on holidays and weekends. Finding a car park can be challenging, so RAL has launched a new free shuttle service to ensure everyone has the opportunity to enjoy the snow.

Running from Ohakune to Turoa, and National Park – Whakapapa, the service will be free for everyone with any season or day pass.

Additionally, a bus service will run from Taupo and Turangi to Whakapapa on a daily basis for a modest fare. It is the ideal option for those who prefer to relax and enjoy the scenic journey from nearby tourist hotspots to the mountain.

A big 2017 season highlight is the re-launch of Night Skiing on the slopes of Happy Valley and Whakapapa lower mountain until 9pm on Friday and Saturday nights. Live entertainment, pizza and drink specials along with fire pits for toasting marshmallows will bring first class Après Ski to Whakapapa in 2017.

Mt Ruapehu was traditionally the epicenter of the New Zealand ski industry and after years of growth in the South Island ski scene, New Zealand’s biggest ski region is making a comeback. And for good reason.  While Whakapapa is the biggest, Turoa has the greatest vertical descent in the country – 722m in fact.

If you prefer the finer things in life, head to Knoll Ridge Café, New Zealand’s highest altitude eatery and bar with a brand new menu for 2017. In 2015 the Knoll Ridge Café won the Design Curial Award for world’s best designed café beating off 4000 competitors from across the globe. 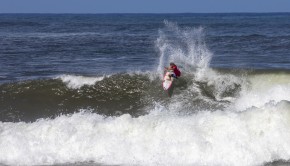